BY KORIR JUMA,NAIROBI,29TH APRIL,2022-The Nakuru-Nairobi highway was on Friday evening closed after an oil tanker spilled fuel on the road following an accident.

The Kenya National Highways Authority (KeNHA) said that the accident occurred at Kikopey after the tanker lost control and overturned, spilling the oil on the road.

The spilled oil made the road surface slippery and unsafe for use by motorists.

“This has caused a traffic snarl up along the Gilgil-Nakuru road section,” KeNHA said in a tweet.

To avoid the snarl up at Kikopey, the authority advised motorists to use alternative routes. 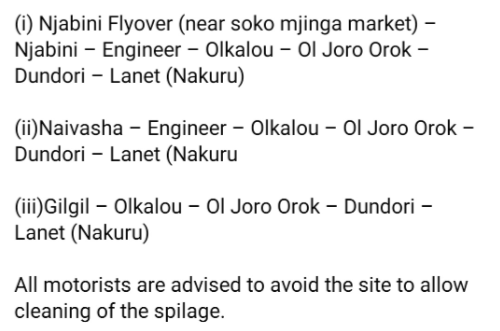 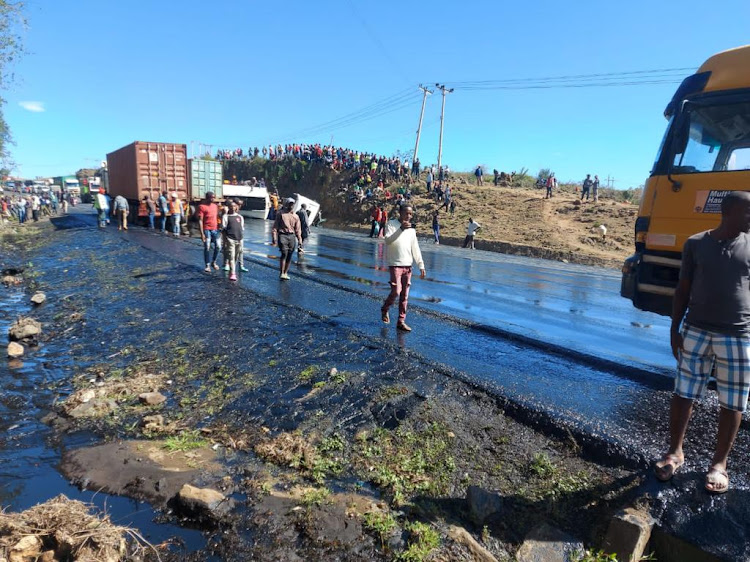 Motorists are advised that a tanker ferrying oil lost control and overturned at Kikopey, spilling the oil on the Carriageway making the road surface slippery.
Image: KeNHA/TWITTER

KeNHA said efforts were underway to clear the road.

“Efforts to clean the road surface with the help of the County Government of Nakuru and the Performance Based Contractor are underway,” the authority said.