Renovations at the Level 6 hospital are currently underway ahead of the late Kibaki’s funeral in Othaya on Saturday, April 30.

The construction of the hospital began in 2010 and was completed in 2019. At the time, the hospital was named the Othaya Level 6 Hospital. 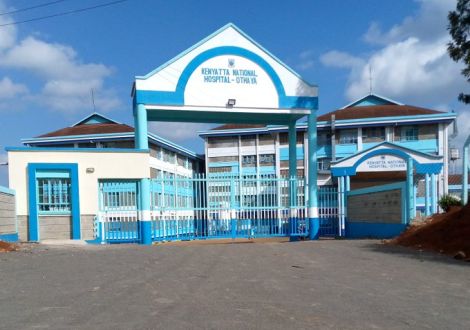 An image of the KNH Othaya Annex before being repainted to Mwai Kibaki Hospital.
FILE

However, in 2019, the hospital’s operations were taken over by the Kenyatta National Hospital hence the KNH Othaya Annex name.

The takeover was aimed at improving the operations and health care services at the hospital targeting residents from the Mt Kenya counties.

“We are hoping to use this facility to not only bring KNH services closer to the people of this region but to also decongest the national referral hospital in Nairobi.

“We want to ensure that the current burden of lifestyle diseases such as hypertension and diabetes is addressed at the Othaya Hospital. We want to ensure that patients get other health services, including cancer diagnosis and treatment,” Dr Evanson Kamuri, KNH Chief Executive Officer (CEO) stated. 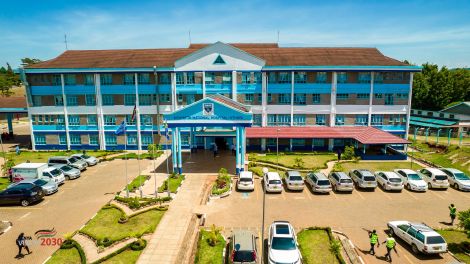 An image of the KNH Othaya Annex hospital in Nyeri County.
KNH

Interestingly, during the takeover, there were proposals to name the hospital The Mwai Kibaki Teaching and Referral Hospital as revealed by the Nyeri County Government documents in 2018. However, that did not materialise.

“The ksh1 billion medical facilities which have taken over eight years to completion have since been renamed as Mwai Kibaki Teaching and Referral Hospital as an honor to the retired president who hails from the area.

“Substantial equipment has since been installed at the hospital and waiting for the National Government to avail and post-human resources,” read a statement by the county government in 2018.

As revealed by Kibaki’s cabinet ministers, the late President did not want any projects named after him.

While in an interview with the media on Wednesday, April 27, Wiper leader Kalonzo Musyoka revealed that Kibaki opposed the renaming of the Thika Super Highway after him.

After his demise, various leaders including nominated Senator Beth Mugo have called on the government to rename the highway among other legacy projects after the departed president.

Projects that have been named after his family members include the Mama Lucy Hospital named after the former first lady who passed away in 2016.