BY CORRESPONDENT,MAKUENI,6TH APRIL,2022-Police confiscated 6,915 sticks of bhang worth Sh1 million in Makindu, Makueni county on Tuesday.

The consignment, being ferried by a nissan was packed in eight bags, each with 696 sticks amounting to 5,568.

An additional 1,347 loose sticks were found inside the vehicle totalling to 6,915 sticks, police said.

The matter was reported to Makindu police station as recovery of canabis sativa.

The report said a multi-agency team, which included DCI and chiefs impounded the consignment while on surveillance along Makindu-Wote road off-Syengoni murram road at around 6.40am.

As they approached the vehicle, a person suspected to be the driver took off and left the engine running.

“Upon checking, the team found that the vehicle was loaded with bags of bhang,” the report read.

The scene was processed and the vehicle moved to the station.

A follow up report on the narcotics seizure was verified in the presence of controlled substance staff from Makueni headquarters.

The team secured the exhibit, which is to be taken to the government chemist for tests before legal action is taken.

Detectives from Makindu police station have launched investigations into the incident. 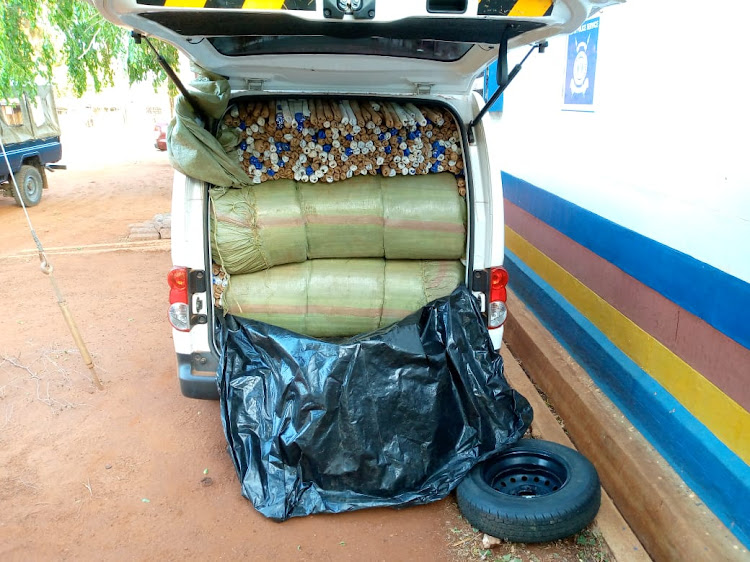 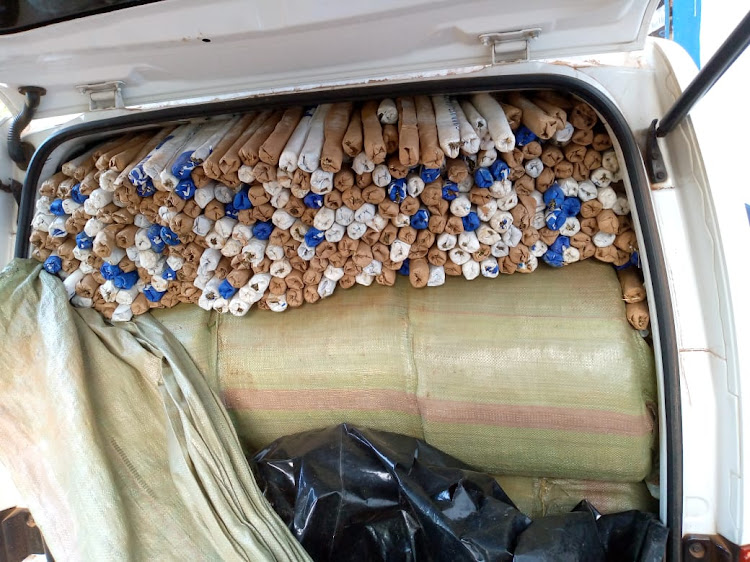