In 20 minutes after it was released, the song had over 2,500 views, with the former Prime Minister flexing his vocals alongside seasoned musician Emmanuel Musindi.

Odinga opens the song with his vocals matching the beat to his popular “haya haya” phrase. Musindi who was the original writer and performer of the song dubbed Leo ni Leo sings the catchy hook as Odinga adlibs. 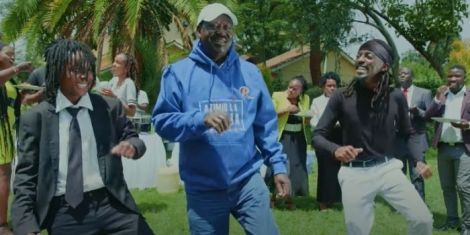 The ODM leader adlibs “Inawezekana” a phrase he has been using on the campaign trail since announcing his bid for the presidency.

He also sings ‘Lelo ni Lelo’ and further quotes part of the National Anthem in the first stanza, “Haki iwe ngao na mlinzi, Natukae na udugu, Amani na Uhuru, Raha tupate na ustawi, (Justice be our shield and defender, May we dwell in unity, peace and liberty, plenty be found within our borders)”.

“Kenya mpya inawezekana (a new Kenya is possible),” Raila adlibs in the refrain as the band echoes “Leo ni Leo”.

The song is a rendition of the popular Lelo ni Lelo by the Benga composer, instrumentalist and singer Musindi. Lelo ni Lelo translates to ‘leo ni leo’ a Swahili phrase, loosely translated as “today is the day” – which is a rallying call to action.

He told a local daily that Mr Odinga asked him to help him come up with a  relatable song that would be used during his campaigns. 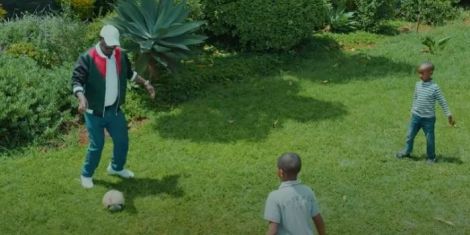 Gidi Gidi Maji Maji duo is famous for being the genius behind the hit song Unbwogable which became a political anthem in the 2002 election period.

Here is the hit: