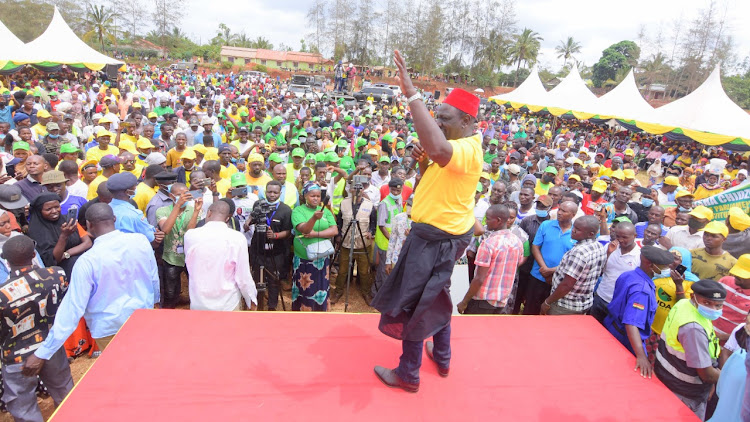 The DP said Kenyans will not elect state projects but leaders with a track record of performance.

Speaking on Saturday in Kwale where he launched several county and national government projects alongside Governor Salim Mvurya, the DP said citizens have become wise enough not to fall prey to deceitful leaders who can’t be accounted for.

Ruto said the agenda of the dishonest leaders is to lie to Kenyans and add pain to the overburdened ordinary people.

The DP said locals won’t give in to the deep state plan and will elect leaders of their own choice, not the proposed one.

“The citizens will not agree to be anyone’s puppet and will choose leaders who have good development agendas and selfless individuals whose interest is to benefit all,” Ruto said.

Ruto has also promised more development projects in the Coastal region once he becomes the president.

The DP said he will help transform the coast to be an industrial city to provide employment opportunities and improve livelihood through the Dongo Kundu project.

He said he will bring sanity to the SGR project and use it as a symbol of unity not division.

He said through the Kenya Kwanza alliance they will ensure many young people are empowered and have access to job opportunities. 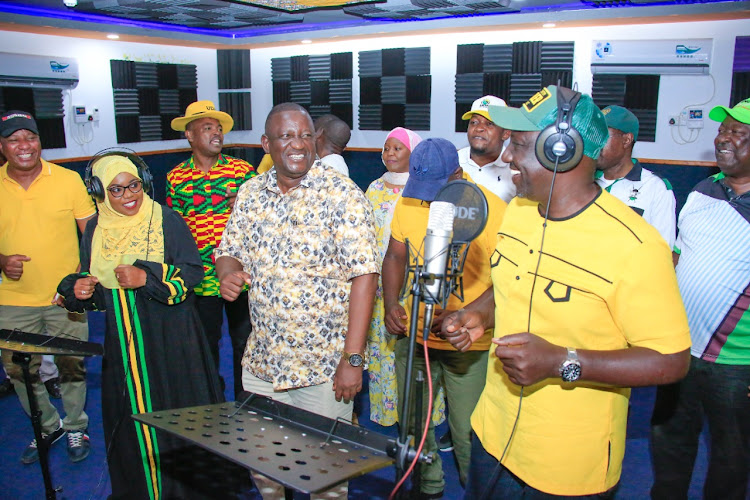 He told Kwale residents to elect Ruto adding that he will ensure they fully benefit from the blue economy and mining activities.

Wetangula promised to have the competency-based curriculum scrapped, terming it expensive and complicated.

“This misadventure of wanting to determine who becomes the next president as an outgoing president is dangerous for the country and to you,” he said.

ANC leader Musalia Mudavadi said they will defeat the state project leaders in the first round of the election.

He also advised their rivals to concede defeat when defeated because Kenya has no money for repeated elections.