BY JOAN WANJIKU,NAIROBI,4TH FEB,2022-Public officers will not have to resign if they intend to contest political positions in the upcoming August elections.

This follows a directive by Labour Relations Court Judge Monica Mbaru who suspended the directive until February 10, when she will issue further directives.

The Independent Electoral and Boundaries Commission (IEBC) had directed civil servants to quit on February 9, or risk being disqualified on basis of failing to resign on or before six months to the General Election.

Justice Mbaru is expected to rule on whether the Ethics and Anti-Corruption Commission (EACC) and the Public Service Commission (PSC) shall be enjoined in the case as interested parties. 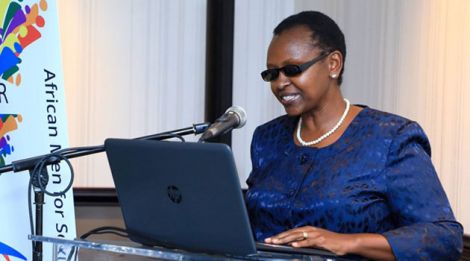 “For the interest of justice and in order to make a comprehensive ruling on the applications by EACC and PSC, I find it just and fair to extend the interim orders herein until February 10, 2022,” said Justice Mbaru.

Justice Mbaru first suspended the directive on December 21, 2021, pending the hearing and determination of the case filed by Julius Wainaina Kariuki, a civil servant.

Wainaina moved to court contesting the directive on the basis that it was discriminatory, as it did not require elected public officers, among them the President, Governors and MPs, to resign.

A section of civil servants had, in the meantime, already tendered their resignations to hit the campaign trail.

Chief Administrative Secretaries Joseph Boinnet and Wavinya Ndeti also resigned this week. Wavinya wants to be the next Machakos governor while Boinnet will contest in the Elgeyo Marakwet Senatorial race.