By ISAYA BURUGU ,KAJIADO,1ST FEB,2022-A herd of wandering elephants took the internet by storm last month, trekking over 500 kilometres northwards through China into the city of Kunming, a journey that began in March 2020 and saw them interact with people and destroy swathes of farmland and property in their search for food and water. In Idaho, USA, meanwhile, wolves preying on cattle and sheep prompted a bill passing allowing the killing of up to 90% of the state’s wolves.

Human-wildlife conflict – when struggles arise from people and animals coming into contact – often leads to people killing animals in self-defence, or as pre-emptive or retaliatory killings, which can drive species to extinction. It also affects various aspects of life, not least the income of farmers, herders, artisanal fishers, and indigenous peoples, particularly those living in poverty. While the benefits of flourishing wildlife populations and healthy ecosystems are clearly visible and enjoyed by most around the world, allowing us to survive, providing food and enabling livelihoods – the catastrophic effects of human-wildlife conflict such as injury, death, the loss of property and livelihoods are dire and do not get the attention they deserve. It also interferes with access to water for communities competing with wildlife for local water sources and drives inequality as those who pay the price for living with wildlife rarely receive the benefits of coexistence. 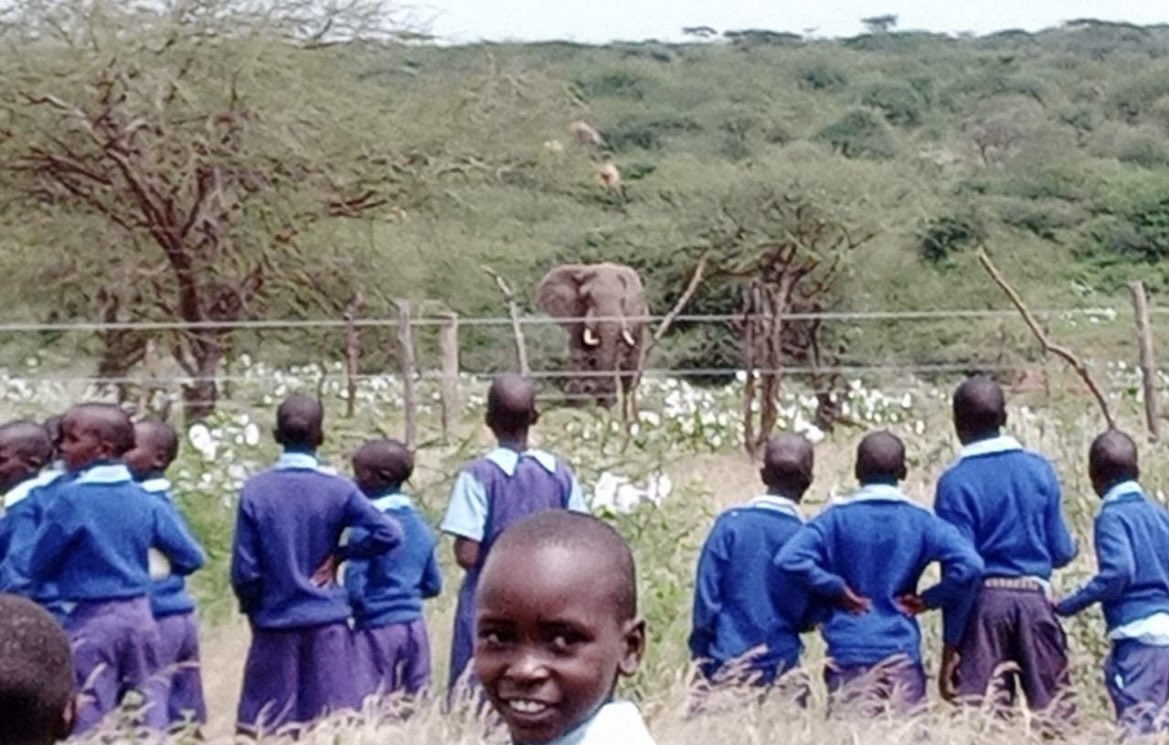 Pupils at Kunju Primary School in Kajiado County watch from a safe distance an elephant grazing outside their compound, thanks to the solar-powered deterrent fence erected around the school to mitigate human-wildlife conflict. /COURTESY

A new report by WWF and the UN Environment Programme (UNEP) warns that human-wildlife conflict is the main threat to the long-term survival of some of the world’s most emblematic species. The report, A future for all – the need for human-wildlife coexistence, highlights that globally, conflict-related killing affects more than 75% of the world’s wild cat species, as well as many other terrestrial and marine carnivore species such as polar bears and Mediterranean monk seals, and large herbivores such as elephants.

Wildlife faces numerous threats, among them, effects of climate change, loss of habitat from deforestation, illegal wildlife trade, infrastructure and now conflict with humans, factors that have led to a significant decline of wildlife species and to the possible extinction of species whose numbers were really low already.

The report states that while it’s not possible to completely eradicate human-wildlife conflict, there are approaches that involve the full participation of local communities that can help reduce it and lead to coexistence between humans and wildlife. One success story is the Kavango Zambezi Transfrontier Conservation Area in Southern Africa where communities reported that most of their livestock losses through predation by lions occurred where free-ranging, unprotected cattle roamed in the evenings and at night. The installation of fixed and mobile lion-proof corrals for night-time protection in risk-prone areas led to a 95% reduction in livestock killings in 2016, and there were zero retaliatory killings of lions in 2016 (compared to 17 killed in 2012 and 2013), allowing previously threatened lion populations to recover.

People who have never witnessed human-wildlife conflict can still play their part in tackling the problem by looking out for products certified by organizations like the Wildlife Friendly Enterprise Network and the Rainforest Alliance. Reducing human-wildlife conflict can lead to opportunities and benefits not only for biodiversity and impacted communities, but for society, sustainable development, production, and the global economy at large.