Isaac Juma Onyango, one of the most consistent football supporters in the country, was reportedly hacked to death by a gang at his home in Mumias, Kakamega County on Wednesday night, January 26.

His demise was confirmed by his wife, Farida Juma, who linked the incident to a land dispute. 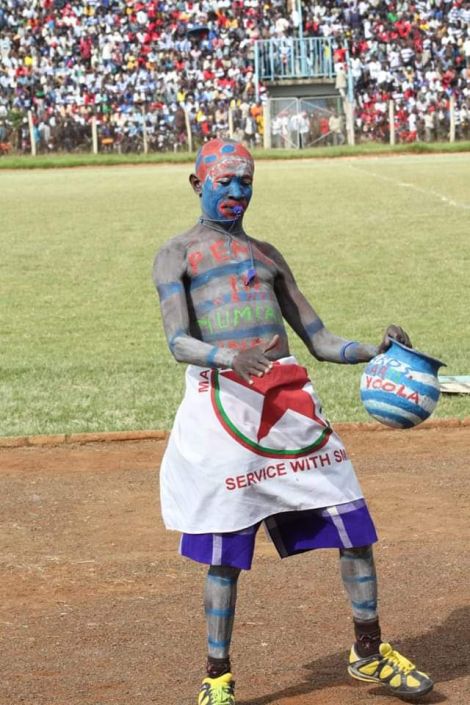 The football fanatic leaves behind two widows and 10 children, six sired with his first wife, Christina Juma, and four with his second wife, Farida.

Juma was a Harambee Stars and AFC Leopards loyalist since 1980. His presence in every soccer match was conspicuous as he dyed his hair to resemble the specific team he was supporting at the moment.

He would also paint his body and cover his trunk with colours of the Kenyan national flag with his face bearing white markings, a colour that represents peace in the national flag.

During matches, Juma had his own secluded stand where he would cheer the team from.

In his lifetime, Juma was able to visit over ten countries including Nigeria, Tunisia, Cameroon, and Guinea among others, to support Harambee Stars.

Other than supporting the national team, Juma was a newspaper vendor in Nakuru and used proceeds of his earning to cater for his travel expenses.

At times, well wishers would fund his travels and foot other bills owing to his passion for football.

“It is my love for AFC Leopards that drives my passion and energy. I do not get paid for the same, not even a cent. My travelling is mostly supported by Molo Line matatus whose management gives me free transport anytime I want to travel,” he stated in a past interview.

He also explained that his love for football started at a tender age where he would sneak out of school to attend matches.

“I would hike lifts from buses headed to the city or where the match would take place and whenever my team lost, I felt much pain that I would not even take a meal that day.” 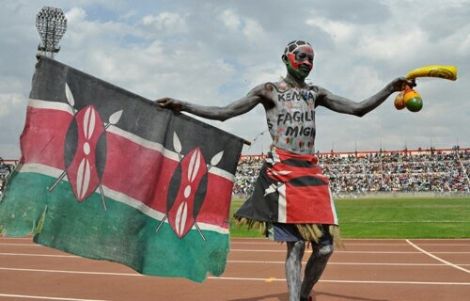