The former Prime Minister made various stops where he restated his promise to seal all graft loopholes.

“We will fight corruption, which is the greatest enemy of Kenyans. We will do this not only among the top government officials but also at the lower levels,” the ODM leader said. 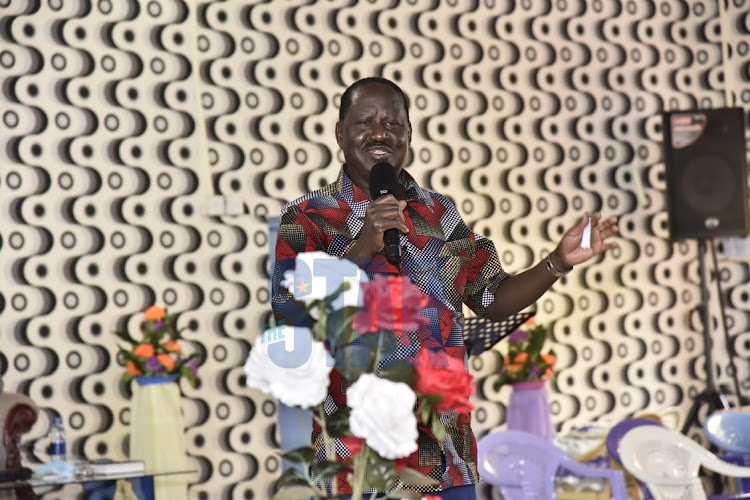 Raila Odinga attend a church service on Sunday morning at KAG Church, mwisho wa Lami in Nakuru County. PHOTOS/The Star
He dismissed critics of his Sh6,000 monthly stipend for vulnerable households saying that having been PM for five years, he knows where the money would come from.
Facebook Comments Box
Share
Facebook Twitter Pinterest Linkedin