BY DPPS/KIRINYAGA,28TH NOV,2021-Security was on Sunday beefed up at the Kianyaga ACK, Kirinyaga county, during Deputy President William Ruto’s visit.

Both leaders attended the service.

Tension was palpable as hundreds of Waiguru’s and Ngirici’s supporters  confronted each other along the Kianyaga-Kutus road which they blocked.

The supporters carried placards of their candidate of choice as they chanted slogans and names of the two leaders.

Earlier, a group of youths set ablaze reflectors and posters with Waiguru’s image. 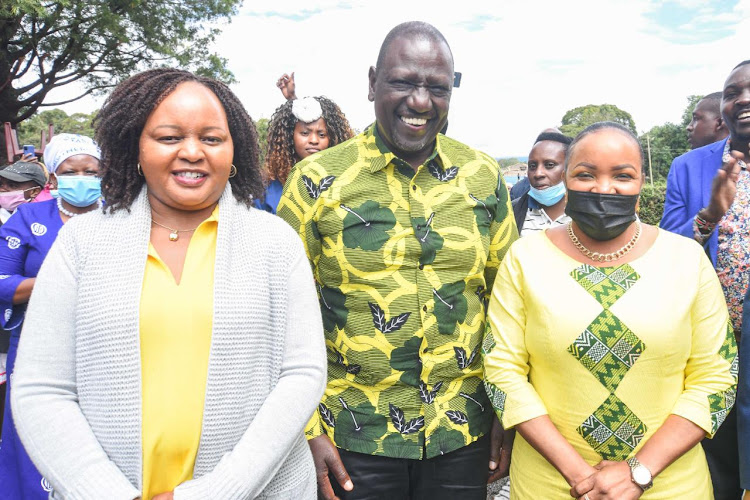 Trouble started after a group of Waiguru’s supporters started distributing reflectors early in the morning, an action that provoked Ngirici’s supporters who snatched the apparatus and set them ablaze.

They have vowed to stop her from addressing the crowd during the meet the people tour.

The Star has since established that supporters of both camps have been placed at strategic positions where the DP will be visiting. 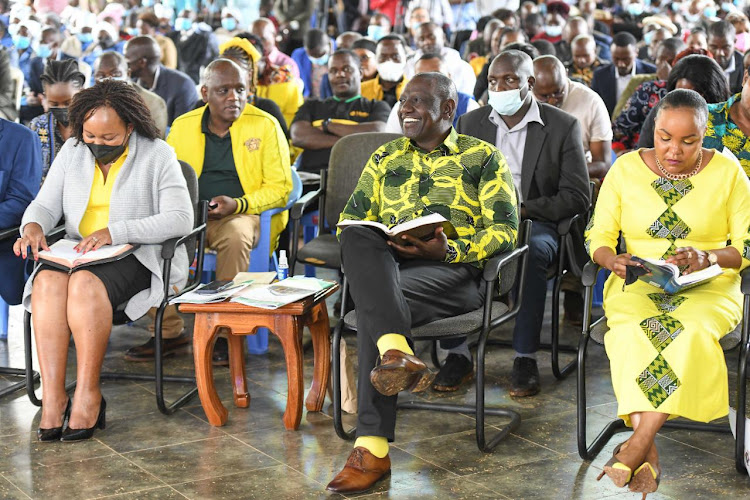 Earlier, Waiguru had accused the Kianyaga DCIO of summoning her team and threatening to arrest them.

The bruising political jostling between Waiguru and Ngirici that has put Kirinyaga into focus, comes after the entry of Waiguru into the UDA camp. 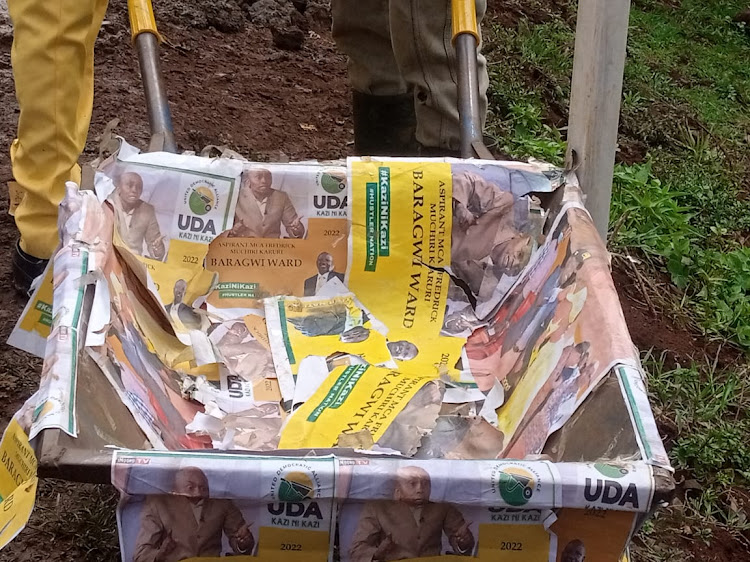 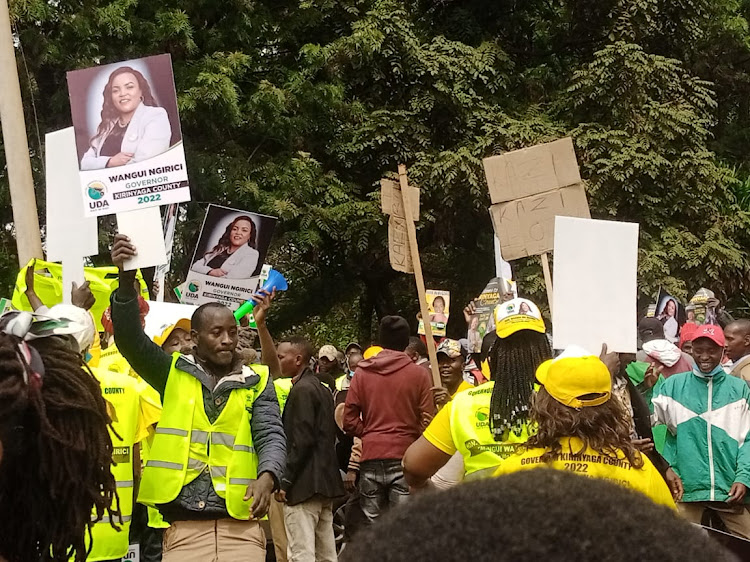 A wheelbarrow with UDA material

Both leaders who have been political rivals are eyeing the governor’s seat on the UDA ticket in 2022.

After the church service at ACK Kianyaga, Ruto is scheduled for a meet the people tour at Kianyaga, Kutus and Kerugoya towns.