BY PSCU,LAMU,23RD SEPT,2021-President Uhuru Kenyatta on Thursday visited Lamu to preside over the handing over of presidential and regimental colours to the Kenya Navy Base Manda.

During the visit, the President unveiled the KNB Manda Monument.

According to the Kenya Defence Forces, the monument commemorates the fallen soldiers who lost their lives in the line of duty in service of the country.

Uhuru laid a wreath at the KNB Manda Monument.

He also opened the VVIP Lounge at the Manda military airstrip. 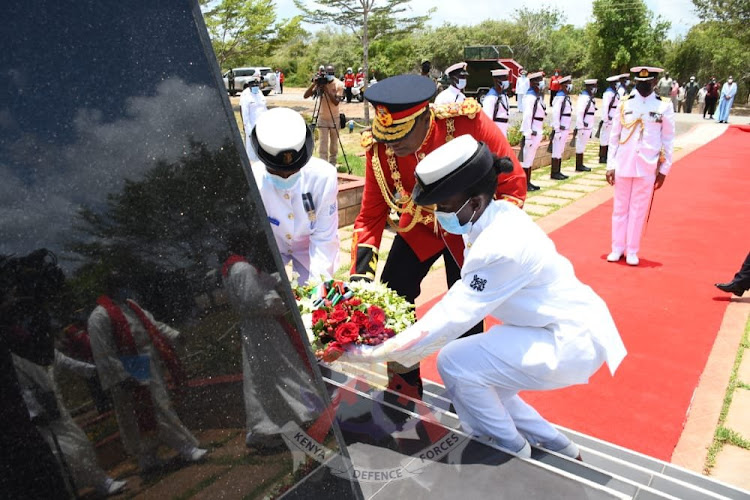 The presidential colour is the greatest honour bestowed upon a military unit in recognition of exceptional service to the nation during peace and war time while regimental color is a flag bearing the symbols associated with the unit which is carried as a mark of identification.

The event is significant for every unit in the Kenyan military and it is recorded in the unit’s history. 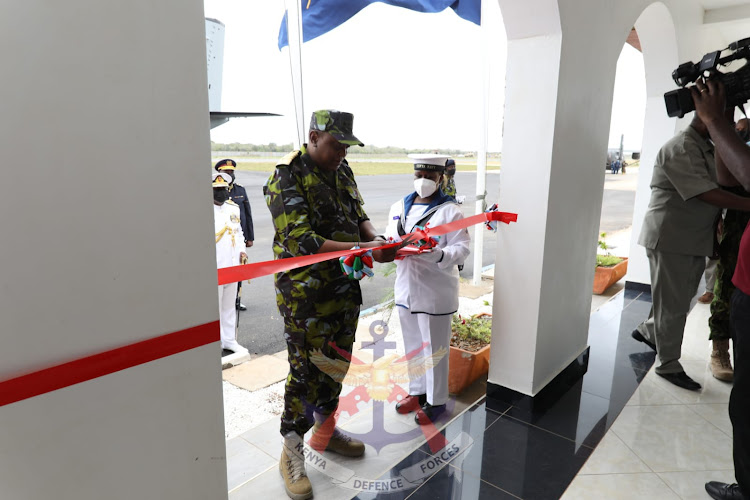 According to the military tradition, the whole ceremony is one of the symbolic trust given to a unit/base. Such events are marked on Jamhuri Day and it is not clear if it will be repeated during the celebrations at Nyayo Stadium.

Officials say the colours represent the spirit of the regime.

According to officials, losing the colours leads to the disbandment of the regiment or unit. All infantry units and bases are presented with both presidential and regimental colours.

Normally a presidential colour is trooped when a unit or base performs in a national ceremony or when the commander-in-chief or a foreign head of state is honoured with a guard of honour.

During trooping of the colours, the colours are marched in under escort of the colour party to the edge of the parade, the tweet informs us. It is ceremoniously received by the unit/regimental/base Sergeant Major who hands it over to the colour officers.