BY JOAN WANJIKU,NAIROBI,31ST AUG 2021-Deputy president William Ruto has asked BBI proponents to apologise to Kenyans for launching what he termed “the biggest fraud in history”.

“The BBI proponents must apologise to Kenyans. They wasted our country’s time. For four years, they diverted the government’s attention from delivering its development agenda,” Ruto said.

Speaking when he met women in small-scale businesses from Dagoretti North on Tuesday, Ruto said the Building Bridges Initiative was a scheme laced with sweeteners. 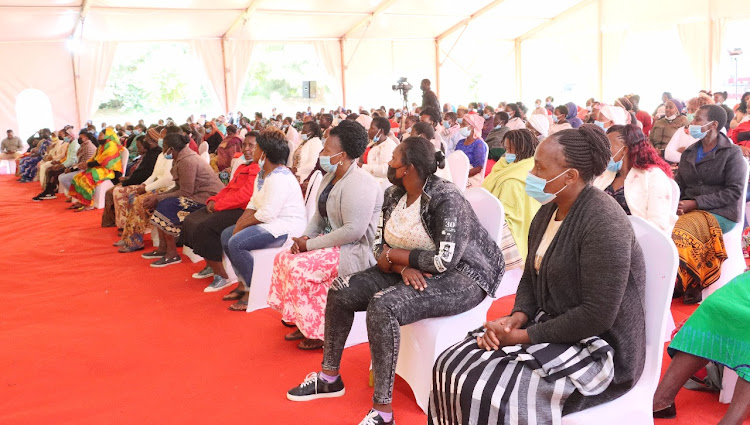 “It was meant to create an imperial President and executive positions for a few individuals. Leaders should stop lying to Kenyans that BBI was good for the country,” he said.

“It was the biggest fraud in our country’s history.”

The Deputy President said BBI was an unnecessary burden, adding that it was not needed for more resources to be allocated to counties.

“You do not need BBI to give university graduates loan holidays. You wanted to use BBI to advance your personal interests,” he said.

He explained that those behind the BBI had been cornered and exposed by courts, and were now left confused and lying to Kenyans.

Ruto called on leaders to focus on the real challenges facing the country such as Covid-19, the economic slump and insecurity.

“We must make Kenya a country of possibilities; a country for everyone,” he said.

When the Court of Appeal threw out the BBI case, Ruto lauded the courts for throwing out the BBI appeal case.

Ruto said the attempt to review the Constitution under the Building Bridges Initiative was “the most dangerous project in Kenya’s history”.

He said the initiative was a scheme that would have rolled back the democratic gains made in Kenya since Independence.