BY NAMULONGO PETER,NAIROBI,23RD JULY,2021-Deputy President William Ruto’s allies on Friday, July 23, alleged that the government was using militia to cause electoral violence come 2022.

In a press briefing held in parliament, the DP allies alleged that there were some officers in government who were pursuing unlawful, irregular and unconstitutional means to incorporate an armed militia.

“Their sole purpose is to terrorise Kenyans and destabilizing the country during the 2022 General Election,” they argued. 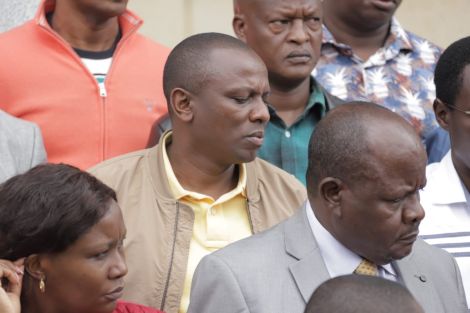 They added that there was a high-level conspiracy in government to execute a scheme that is aimed at culminating in grave threats to the safety and wellbeing of the citizens of Kenya.

The MPs further revealed that they have sources high up in echelons of government who supplied them with the confidential dossier. They refused to name the alleged source.

They claimed that the security, peace and stability of the country would be compromised.

“We strongly condemn this evil and dangerous scheme against the stability, peace and good governance of our country, and the cabal of reckless impunity behind it.” 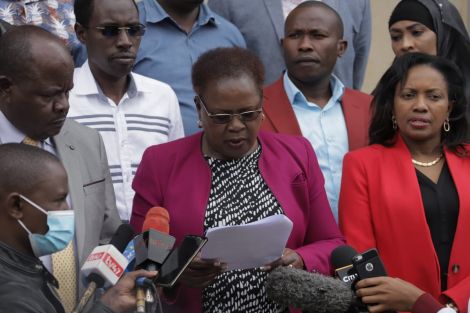 “We call upon His Excellency the President , as Commander-In-Chief, to take decisive action in this matter and reassure all Kenyans of his commitment to the constitution, the rule of law , good governance , peace , security and safety,” reads the statement in part.

The MPs stated that by-elections held in the past year had painted a picture of a police service that took instructions from other sources.

“The Inspector-General is hereby put on notice that should anything go wrong on account of Police executing illegal political assignments, he will be held to account both locally and internationally,” they stated. 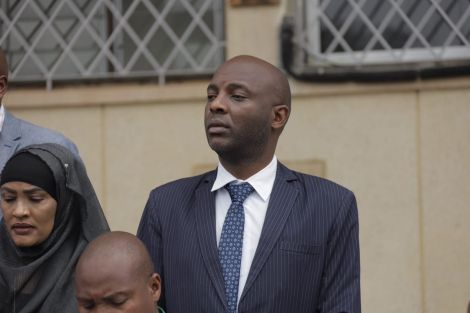 They accused the government of abandoning its constitutional, statutory and political mandate.

“It is threatening to lay to waste everything we have achieved since the birth of this nation and undo the strides we have made in establishing peace and stability mandate.”

The press briefing followed the arrest of Mathira MP Rigathi Gachagua, who is also a staunch supporter of the DP.