The road will among other things ensure swift transportation of cargo from the port of Lamu.

The president launched the road at Minjila in Garsen, as he was headed to Lamu to launch Lamu port. 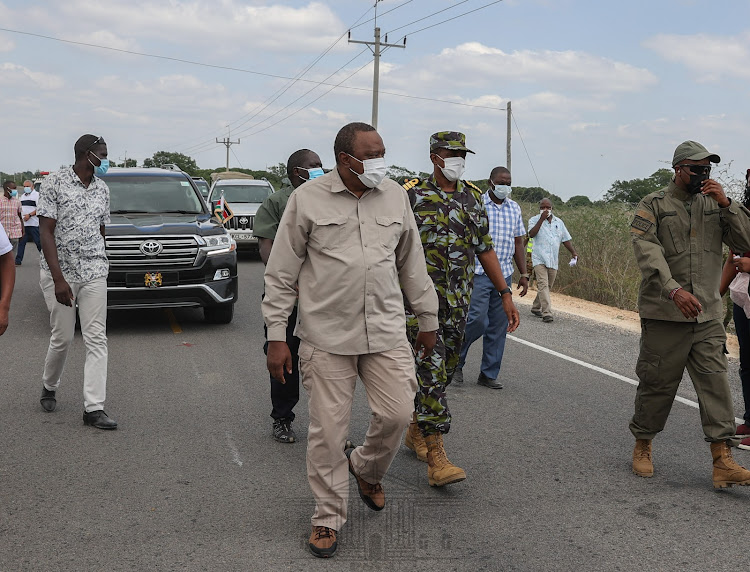 Uhuru will be commissioning the port, nine years since its construction begun.

In a statement, the President’s Delivery Unit described the port as the president’s legacy-defining personal commitment, whose benefits will go beyond the sea.

“Benefits of Lamu port go beyond the sea. Supporting infrastructure such as roads and enhanced security to and from the port are overhauling the economic ecosystem of Lamu County and surrounding regions,” PDU said.

The president will also inspect other ongoing government projects in Lamu. 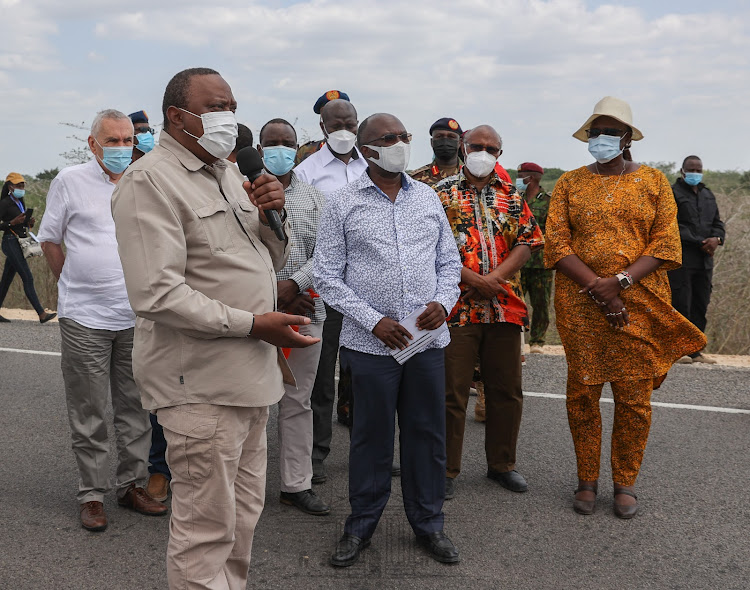 It will operate as a transshipment hub for global shipping lines that will be supported by the Special Economic Zone.

The multibillion-shilling port, whose first three berths are ready for commissioning, will not only create direct employment for the local community but also support indirect jobs in fisheries, logistics, transport and trade. 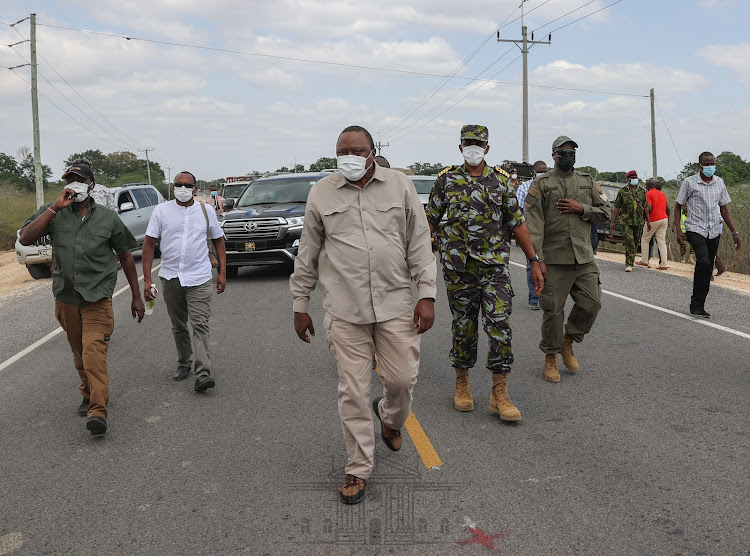 Lamu port is being constructed under the Lamu Port South Sudan Ethiopia Transport project, which is popularly known as Lapsset.

The construction of the Lapsset project was commissioned in 2012 by retired President Mwai Kibaki. 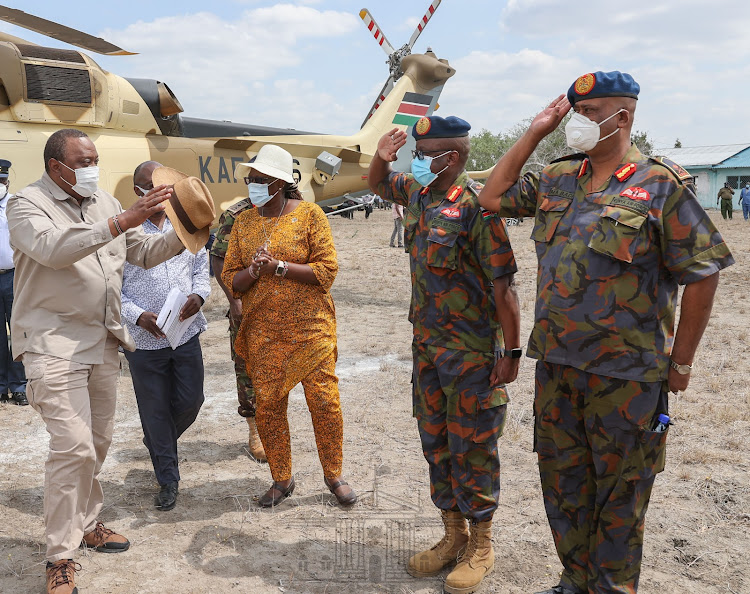