BY JOAN WANJIKU,NAIROBI,12TH MAY 2021-William Sing’oei, the Assistant Inspector-General of Police in charge of the Joint Operations Centre, has died.

Sing’oei was found dead in his house at the Embakasi Military Barracks on Wednesday morning, May 12.

Nairobi Regional Police Commander Augustine Nthumbi confirmed the incident saying that his juniors had been trying to reach him on phone since Tuesday to no success. 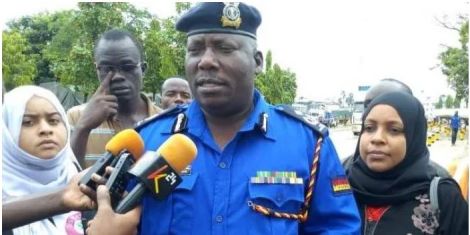 It is at this point that they went to his house, broke the door and found his lifeless body on the bed.

Some of the items recovered by the police include a glass of water and some medicines, as reported by the Standard.

The cause of his death is yet to be established.

His body has been taken to the City mortuary and a post mortem will be conducted to establish what led to his death.

The deceased has served in the National Police Service for 19 years and served as a mid-level manager for ten years.

He was among senior Government officials seconded to National Covid-19 emergency team.