BY NAMULONGO PETER,NAIROBI,29TH APRIL,2021-Health CS Mutahi Kagwe has fired the members of the Kenya Medical Supplies Authority (KEMSA) board.

In a gazette notice dated Thursday, April 29, the CS revoked the appointments of Timothy Mwololo Waema, Bibiana K. Njue, Joel Onsare Gesuka, and Dorothy Otieno from the board.

At the same time, President Uhuru Kenyatta announced the appointment of Mary Chao Mwadime as the chairperson of the Board of directors of the Kenya Medical Supplies Authority, for a period of three years. 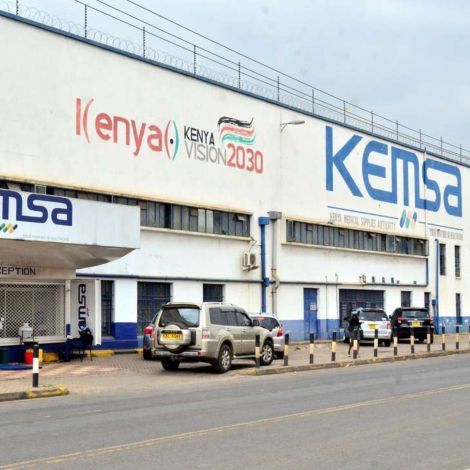 Kenyatta officially revoked the appointment of James Kembi Gitura from the post, whom he had earlier appointed the chairman to the Communication Authority of Kenya board.

The appointment came amid the probe of a scandal involving the award of tenders for Covid-19 materials at Kemsa.

Gitura had been the chair of the KEMSA board for close to two years, a period that was marred with allegations of corruption and fraud.

His appointment to chair the board of the CA was later challenged in court.

In court documents, the petitioner stated that the president had failed to form a select panel to conduct the recruitment of the board’s chairman as required by Sections 6 and 6B of the Kenya Information and Communications (Amendment) Act (KICA) and the amendments done in 2013.

During his appearance before the Public Investment committee on August 2020, Gitura maintained that KEMSA had not lost any money.