BY  JOAN WANJIKU,NAIROBI,25TH JAN,2021-The family of the popular Mugithi musician Timothy Njuguna, also known as ‘Mighty Salim’, is mourning his death that occurred on the evening of Sunday, January 24.

Reports indicated that the celebrated artist succumbed to kidney failure after years of battling diabetes.

Confirming his death, his family noted that the singer had been diagnosed with diabetes in mid-2003 before the situation advanced to kidney failure in 2018.

He passed away just a day after hosting a memorial ceremony of his brother who died five years ago. 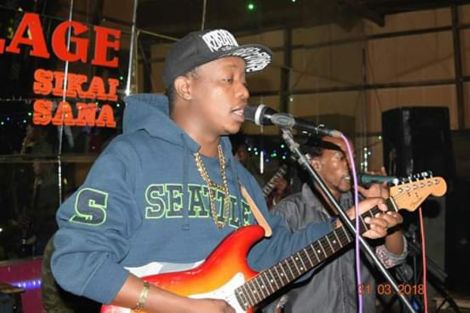 When the 2018 diagnosis occurred, Salim revealed that he was in dire need of Ksh2.5 million for surgery and treatment of his kidneys.

He later noted that during his health woes, he was abandoned by his friend and politicians whose events he had graced.

The singer reportedly underwent dialysis twice a week at the Kenol hospital in Murang’a at a cost of Ksh 18,000 which he could hardly afford.

Fans condoled him as a force in the Mugithi music industry and that he would be terribly missed.

“Anyone who knows me knows that I love Mugithi music with a passion, so this cut deep. Rest in peace Mighty Salim. He has left a legacy no one can ever erase and beautiful childhood memories in my heart,” added Waithira Njuguna.

“Waking up to the news of passing on of a good friend, Timothy Njuguna aka Mighty Salim… Just a day after we celebrated 5 years memorial of the brother, Salim Junior. R.I.P. Githee,” added another fan.

In previous interviews, Salim had disclosed that he had not recovered from the death of his brother Salim Junior 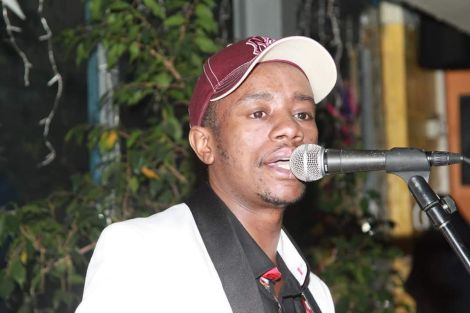 BY JOAN WANJIKU,NAIROBI, Kenya Mar 19 – Wiper leader Kalonzo Musyoka hosted President Uhuru Kenyatta at his Karen residence, in Nairobi Saturday in what was seen as an appreciation for agreeing to endorse Raila Odinga for the presidency. Kalonzo’s communication team shared photos of the visit, but no further details were provided. The visit comes […]

BY EURIDICE NZIOKA,NAIROBI,9TH APRIL 2018-Two people have been charged in court  with defrauding a man Sh10 million under the disguise of securing him an appointment as the Kenya ambassador in Congo Brazzaville. The two Ibraxwell Wanjala Shiundu and Susan Awino Shiundu  appeared before  Nairobi chief  Magistrate Francis Andayi On Monday ,allegedly received the money from […]

BY KORIR JUMA,NAIROBI,20TH JULY 2017-The latest opinion poll conducted by  trends and insight for Africa  firm (TIFA) puts Anne Waiguru  ahead of Martha Karua in the Kirinyaga gubernatorial race with 20 percentage points. According to the  poll released on Thursday in Nairobi, Ms Waiguru has 55 per cent approval rating against Ms Karua’s 35 per […]