BY NAMULONGO PETER,NAIROBI,27TH NOV,2020-Kenya has recorded 1,554 more Covid-19 positive cases in the last 24 hours as the country’s total caseload rises to 81,656. The caseload today is higher than the 1,494 cases which were recorded on November 4 and has been the highest number of daily cases since March.

In a press statement on Friday, November 27, Health CS Mutahi Kagwe announced that 9,389 samples had been tested over the period bringing the total number of samples tested so far to 870,950.

14 people succumbed to the disease in the same period bring the cumulative fatalities to 1,441. 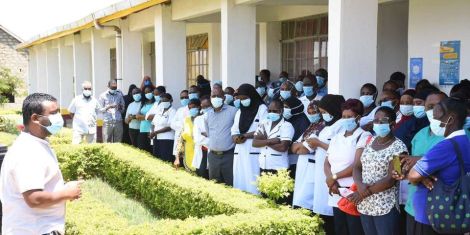 At the same time, 599 patients have recovered from the disease, 479 from the home-based care program, and 123 from hospitals around the country bringing the total number of recoveries to 54,125.

There are 1,200 patients admitted in various health facilities countrywide, while 7,521 are on home-based isolation and care.

72 patients are in the intensive care unit (ICU), 41 of whom are on ventilatory support, and 30 on supplemental oxygen.

Another 93 patients are separately on supplementary oxygen, out of whom 68 are in the general wards 25 are in the High Dependency Unit (HDU).

“Our port health officials are on the alert and anyone contravening these protocols will face the law. Already, many have been arrested and charged in court.

“I urge all travellers not to become a part of the statistics,” he noted. 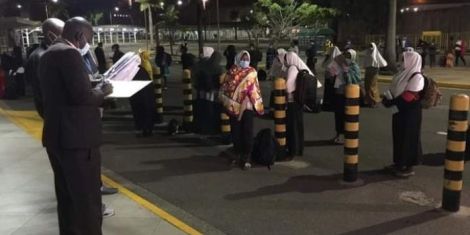 Battle for Matungu hots up as parties unleash campaigns

Battle for Matungu hots up as parties unleash campaigns