BY JOAN WNAJIKU,NAIROBI,9TH MAY 2020-Kenya Power has managed to restore power in almost all parts of the country after a nationwide blackout.

The company, however, said that some towns in the coastal region are yet to have power but its team is working to restore it.

“Some of the towns in the coastal area such as Malindi and Lamu are still in the dark,” read their statement in part. 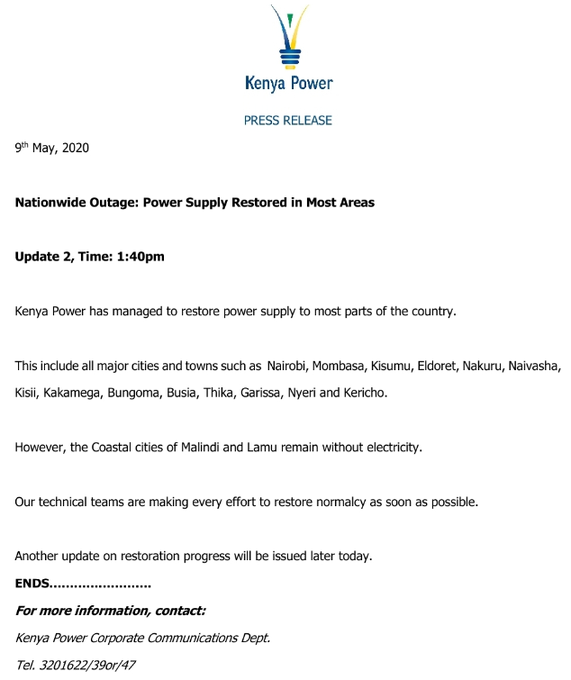 The countrywide outage which lasted several hours is said to have been caused by a fault which occurred near Kiambu town.

In a statement on Saturday, Kenya Power said, “We have lost power supply in the national grid due to a system disturbance which occurred on our transmission network at 5.49 am.”