BY JOAN WANJIKU,NAIROBI,TH JULY 2019-Kenyans on Friday thronged social media platforms  to wish Kibra MP Ken Okoth  who is battling cancer a quick recovery.This is a after a picture of the Mp  with Kenya’s Ambassador to France Judi Wakhungu  was posted on the twitter timeline of  Mss Wakhungu.

The MP who is undergoing treatment for Stage 4 colon cancer in Paris had paid Ms. Wakhungu a courtesy call at her office.

“He updated us on many issues including his impressive education projects & his plans for increasing them to reach many students. He is also keen to use Sports Diplomacy to expand his students’ horizons,” the envoy said on Twitter.

The popular members of parliament   has for the past five months  been in the European nation receiving treatment and has been posting  messages on his social media pages to keep Kenyans abreast of his progress.

Early this  year, the legislature  revealed that his initial diagnosis was that he had a bacterial infection after he showed symptoms of ulcers, abdominal pain and weight loss.

Similar to the late Safaricom CEO Bob Collymore’s experience, doctors discovered that he had cancer when it was too late.

In February this year the 41 years old posted on his twitter account  acknowledging that the cancer treatment had taken a toll on him .Though the legislature has decried high cost of medication both locally and abroad with his wife coming through handy to help  him secure  a residence permit and is now managing the disease as it has no cure.

The Kibra MP is behind a bill to decriminalise growth and use of cannabis, also known as marijuana.

On Thursday, Kenyans sent him messages of support saying he is a hero and should soldier on in his fight against cancer.www.upesinews.co.ke has managed to get some of the twitter messages and here they are: 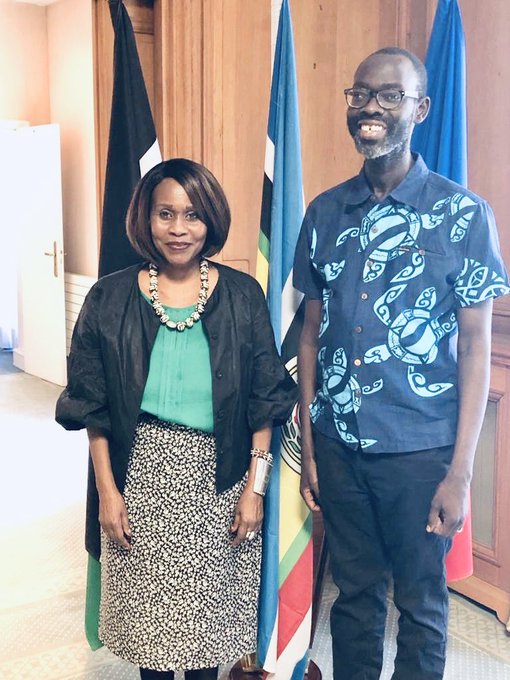 I am extremely delighted to see my good tweep

and exemplary Kenyan lawmaker @okothkenneth in good spirit as he

soldiers on in the epic battle with cancer.Thanks Amb @JudiWakhungu for sharing

Courtesy call from Hon. Ken Okoth (Kibra). He updated us on many issues including his impressive education projects & his plans for increasing them to reach many students. He is also keen to use Sports Diplomacy to expand his students’ horizons. @okothkenneth #KenyaInFrance 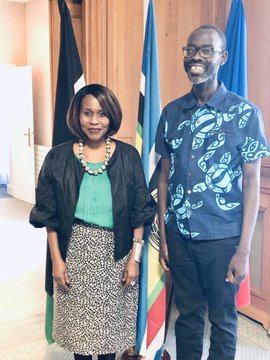 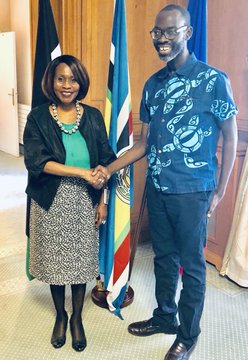 We have faith and by the will of God all his plans will be completed as the previous were,No any other leader knows this hood Kibra and its people better than him..#WeshallOvercome